The weekend of the 1st and 2nd of May 2021 saw the skies clear and the breeze very light, to make for great conditions under which to shoot the NSW Lever Action Rifle State Titles.

The mood was most cordial, the dinner at the Golden Sea Dragon Saturday evening much enjoyed. Some juniors, along with older members, had some fun running the targets out with volunteer Luke Mitchell’s side-by-side truck.

Preparations started on Friday 30th April, while one of our Full-Bore shooter friends was hard at work on an air-seeder in a paddock to our rear, in readiness for the rain predicted on the following Tuesday. Concurrently, half of the field were at practice in preparation for the full-on competition of the weekend.

Two new local shooters, Alan Norton and Stephen Coe, were added to the field facing the targets on Saturday morning in the 50 rounds Open Lever Action Rifle match. Both Stephen and Alan performed creditably in this match, their very first for a full course of fire, having fired only sufficient shots to be graded two weeks earlier.

Because courses of fire vary, the masters of yore set up two targets as grading targets, compulsory for any match. These are the same 50 metre targets the pistol clubs use, shot from any field position at 100 metres and off-hand at 50 metres. There are also national medals issued, based on the total scores of these two targets and NSW State medals based on the buffalo head target at 100 metres and the feral cat at 50 metres.

These local shooters were talked into shooting as a C grader can do well in such a competition. This proved to be the case as both Alan and Stephen, who both own lever actions and have done a bit of ‘paddock’ shooting, found themselves in the C grade placings, first and second, respectively. Alan was also a winner of his first national medal award, a bronze. This was the only national or state medal awarded for the weekend.

Within the Open match is a Traditional Rifle category for basically equipped lever actions, Jim Buckley (Silverdale) won this event with Kerry Guinea (Townsville) runner up.

The Sunday is always a challenge, the Classic Rifle match, where the sights are limited to a vee rear sight and a post fore sight.

For new shooters, and some old, this one is often too much of an ask as it is so easy to lose one’s way. One reason for this is there is not much target area to see any shots that have fallen off-target in order to make a correction. Much like shooting at a pig in the field and missing, wondering “where did that shot go?”

Steve Hurley, the defending title holder from Mudgee, where the last State Title event (2019) was held in one place. Steve was again invincible. The Classic Calibre results were:

The State Title overall result for the two match totals known as the ‘Two Gun’ was:
first Steve Hurley (a clean sweep of gold and the NSW Shield for Steve);
second, Kevin Barrington (fourth place in the Open match); and
third Don Chesworth.

The support of these companies was greatly appreciated for significant prizes in kind.

This article was featured in the latest issue of the NSW Shooter magazine. Click here to read the June 2021 edition. 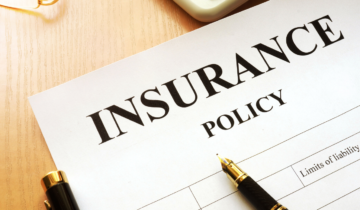 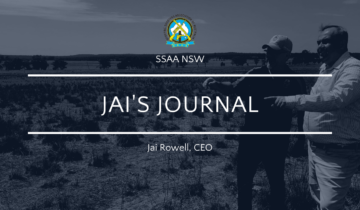