We have a lot of good news to present for this latest President report.

We recently completed our second round of Branch Zoom meetings. This has proven to be a successful communications model with large turnouts each evening. The idea is to have five or six Branches per meeting with as many of each committee executive attending as possible.

With this model, we hope that the Branch Committees are fully engaged with your State Board and are part of the planning for our organisation’s future. This will enable more information to filter back to the Branch members through the larger number of Committee members being engaged.

The format of the meeting is an update from myself, an update from our CEO, Jai, and a presentation from each Branch President on issues and successes for their Branch. Board members also sit in and contribute. We receive valuable feedback as well as keeping our Branches informed. The meetings most recently completed took place over eight evenings and some went as late as 10pm. I do apologise to the participants for the larger than normal agenda with two big topics, the Company Limited by Guarantee Constitution Q&A, and the Criminal Use Bill program, being on the agenda. In future we will try to keep to a 90 minute meeting.

Around two years ago the SSAA NSW Board noted in meeting minutes, the need to seek additional range infrastructure for SSAA members in the Sydney basin. The type of range and potential locations for a new range were recently discussed with the Sydney Branch Committee. It has become clear that it is almost impossible for any Branch to buy land and build a new range that is able to meet the planning and legal requirements of a modern range. In an environment as expensive as Greater Sydney, this is more pronounced, despite having a large membership.

It is necessary for a lot of important elements to align for new range developments. Significant funds, local planning requirements, NSW Firearms Registry requirements and a local community that is not opposed to the development are simple top line issues to recognise, but each of these is extremely complex and the required “pass mark” is incredibly high.

Only when we pool State and Branch resources together can we hope to achieve new ranges. Existing ranges that have operational licences are valuable and need to be protected and maintained for future use.

For several years now, SSAA NSW has been advocating for a ministerial level Firearms Consultative Committee. The aim of this advocacy was for SSAA NSW to assist positively with the review of legislation and more importantly, to provide input with regards to proposed regulations.

This type of committee was the first proposal in a list of recommendations formed as a response to the Criminal Use Bill. It is important to provide input to proposed legislation to avoid any unintended negative consequences that may arise without industry and specialist input. Attempting to change legislation after it is enacted is a very difficult process, so early input is paramount.

This will create an opportunity to demystify beliefs and promote our safety, training and legal compliance, while strengthening our call for evidence-based and red-tape-excluded firearms legislation.

We believe that with SSAA NSW input, legislation can target criminal use while promoting the public safety and training that we already champion.

As we have identified with our efforts to modify legislation – it is better to advocate for removal of unintended consequences prior to legislation being enacted, rather than attempting to change it after enactment. This is what we consider should occur with our new Constitution.

Our last Constitution engaged members with regional meetings and several redrafts, after a draft was produced. This was effective and fair, but what extra can be achieved by consultation before the first draft?

We have to adopt a new Constitution. The Department of Fair Trading have directed that we convert to a Company Limited by Guarantee (CLG) rather than be an Incorporated Association. To this end we held a Constitution round table meeting some time ago for Branch Committees that had already expressed a need for change.

Since then, we have held two Branch leadership zoom meetings that have included Constitution change on the agenda, where many questions were put to the attendees for input and direction. This feedback was invaluable to help inform the first draft of the CLG Constitution, with preparations now under way.

Opposition to the Firearms and Weapons Legislation Amendment (Criminal Use) Bill

I am really impressed with our membership and the positive support that you have provided for our important campaign against the negative consequences of this proposed Bill. The first draft of the Bill would negatively impact all lawful firearms owners, farmers and ordinary citizens.

This campaign spanned 18 months of effort. For sustained commitment over this time, a long-term strategy was developed.

Clearly, the proposed Bill had significant negative consequences that were quickly identified by our members. Those early 120 submissions qualified our members’ disappointment in the Bill and set the path for our campaign against the negative impacts of the Bill. Many more submissions were received from members over the following weeks.

We then met with SFF who had already taken steps to ensure that an Upper House Inquiry was to established and chaired by The Hon. Robert Borsak. A strategic action timeline was developed.

SSAA NSW submitted our paper to the Upper House Inquiry. Many of the issues raised in our earlier members’ submissions were consolidated and included in the submission.

Members of Parliament were contacted, as we sought their understanding of the Bill. It was presented as a firearms Bill and as such we found some misinterpretation.

Ramifications of the Bill included:

Based on feedback received, we wrote to all MPs explaining our position and seeking further dialogue with those interested. Many MPs from various parties responded, which was very positive and helps our position.

In December, we were invited to present to the Parliamentary Inquiry and answer questions from Members of Parliament who made the Inquiry. At that time, we presented our position on the Bill which started at the preferred position of withdrawal of the Bill and the minimum position of the following:

The establishment of a Ministerial Industry Advisory Council, as an ongoing initiative to provide a dialogue between government and industry stakeholders, regarding issues including this Bill. This Council has since been formed and we have secured a place on it, which is an appointment for two years.
The opportunity to establish protections for legal firearms owners within the Bill, by ensuring legal firearms owners are differentiated from criminals and are written into the Bill (as per the minimum standard provided by South Australia legislation).
The same civil rights as all New South Wales citizens currently have, be provided to legal firearms owners.
The basic lawful rights of legal firearms owners be supported by the appointment of a firearms Commissioner.

We had always planned to raise our ePetition immediately after Australia Day.

We were already in a strong position, however, there was concern around the fact that the ePetition required 20,000 signatures for it to be debated on the floor of Parliament and to date this only had been achieved on less than a handful of occasions in the history of ePetitions.

Additionally, if we did not reach a large percentage of that number, insufficient signatures could be perceived as a lack of cohesion and being politically weak.

This was ultimately a simple decision. If we want to ensure that legal firearms owners have input to effective, evidence-based legislation whilst ensuring criminal use of firearms are also managed by effective legislation, then we have to take ownership of our advocacy and trust in the engagement of our members.

The rapid overnight response of 120 members responding to our first memo gave further confidence, and that early support translated into a huge response with 6,900 members signing the ePetition over the first full day it went live on the Parliament’s website, further proving that this was an issue that legal firearms owners felt strongly about.

The rest is now history.

We believe that this was the fastest ePetition to reach 20,000 and we now have the largest number of signatures of any ePetition in NSW Parliament’s history, with the ePetition closing at over 28,400 signatures.

The Parliamentary website crashed twice in the first week of our campaign due to the number of Members signing the ePetition in a short space of time. A spectacular outcome that proves legal firearms owners will work together and our advocacy is strong.

Further to our membership responding so positively, relationships with SFF, Peak Bodies and allied industry organisations have been positively enhanced thanks to their support and engagement.

We are encouraged by the responses received to date across the political divide and we look forward to updating you of further successes of the campaign, including ensuring legal firearms owners are not criminalised.

Thank you to all legal firearms owners, especially our members who drove the signatures for the success of the ePetition. Your support guaranteed that the Bill would be debated in Parliament.

Putting my name to that ePetition required a thoughtful moment but, the Board, the management and myself are gratified and proud of your engagement and support.

The campaign was called “STRONGER TOGETHER” and the proof is the result.

This President’s Message was featured in the latest issue of the NSW Shooter magazine. Click here to read the June 2021 edition. 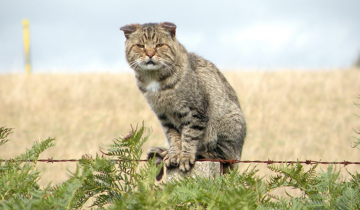 December edition of the NSW Shooter out now! 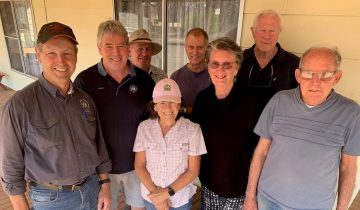