In early February, we launched an online petition (“ePetition”) opposing the negative consequences of the Firearms and Weapons Legislation (Criminal Use) Bill 2020.

This proposed Bill is unacceptable in its current form and provides police with additional discretionary powers for search and seizure of firearms and firearm parts without due cause.

The Bill also attempts to remove basic legal rights under common law, including the presumption of innocence and the right to silence and directly effects the following groups:

Farmers will be criminalised for possessing the tools deemed “firearms precursors,” in order to repair and maintain their essential equipment.

Workshops, businesses, volunteer associations and training organisations will be criminalised for using tools that the Bill is considering a “firearm precursor”.

Ethical hunters and conservationists will be criminalised for using “precursors” (spare parts and tools) to repair and maintain a safe and efficient firearm in the field.

Sports Shooters competing at all levels (including the Olympics) will also be criminalised for the equipment they require for modifications.

The support of our members was extremely important to the success of the ePetition, as we needed 20,000 signatures for this issue to be debated on the floor of Parliament.
In just 13 days, however, our ePetition garnered more than 25,000 signatures! As of 28 March, the ePetition had grown to be the largest ePetition in NSW history.

Our statistics showed a direct correlation between signatures and members who clicked on the ePetition link in our email campaigns:

Day 5 featured a focused SMS campaign. A small batch of our membership base were sent text messages with links to the ePetition. The monumental traffic from members clicking on the link to sign the ePetition from this text message crashed the Parliament website.

Day 7 featured a second, focused SMS campaign. The remainder of the contact list was sent a text message at 10.43am. The traffic from this text message being directed to the ePetition once again crashed the Parliament website. Yet another example of how supportive and strong the SSAA NSW shooting community can be.

To mitigate the impact of the Parliament website crash, the entire contact list were sent an additional text message in several batches spread out over three hours (reducing the incoming traffic build-up to the Parliament site and avoiding another crash). This approach was successful and we received a significant influx of signatures on the ePetition.

In the first four days of our campaign, our ePetition social media posts received over 454 Facebook shares from the SSAA NSW page with another 500 shares from other pages. This support was crucial in order to spread awareness of the Bill to other NSW residents who were not part of our membership.

The most significant contributor to the ePetition as a whole were the email campaigns sent to our membership. This clearly shows that our membership are engaged and care deeply about how this Bill would impact legal firearms owners.

We can say with certainty that the greatest success of this campaign was watching the shooting community come together as a powerful, united front to protect our sport.

Congratulations to the members of SSAA NSW and the other participating associations, key stakeholders and industry groups who went beyond all expectations to ensure that the concerns of legal firearms owners would be heard in Parliament.

This article was featured in the latest issue of the NSW Shooter magazine. Click here to read the June 2021 edition.

Emma Taviani
Emma Taviani is the Marketing and Communications Manager for SSAA NSW. 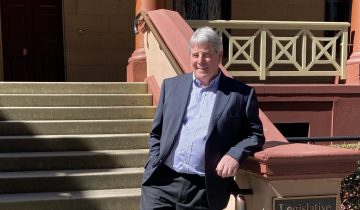 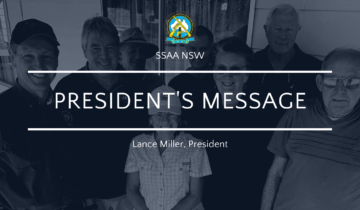